By many measures, the 2020s have — so far — been a tumultuous time. Whether it’s politics, the economy, public health, the environment or even society at large, a sense of stability we once took for granted feels a lot less certain these days. Despite the unsteady ground under our feet, these seven mid-Michiganders are doing something special in Greater Lansing that’s making a positive mark on the business community and beyond — and giving us hope for better days ahead. Let’s get to know these 7 in the 517. 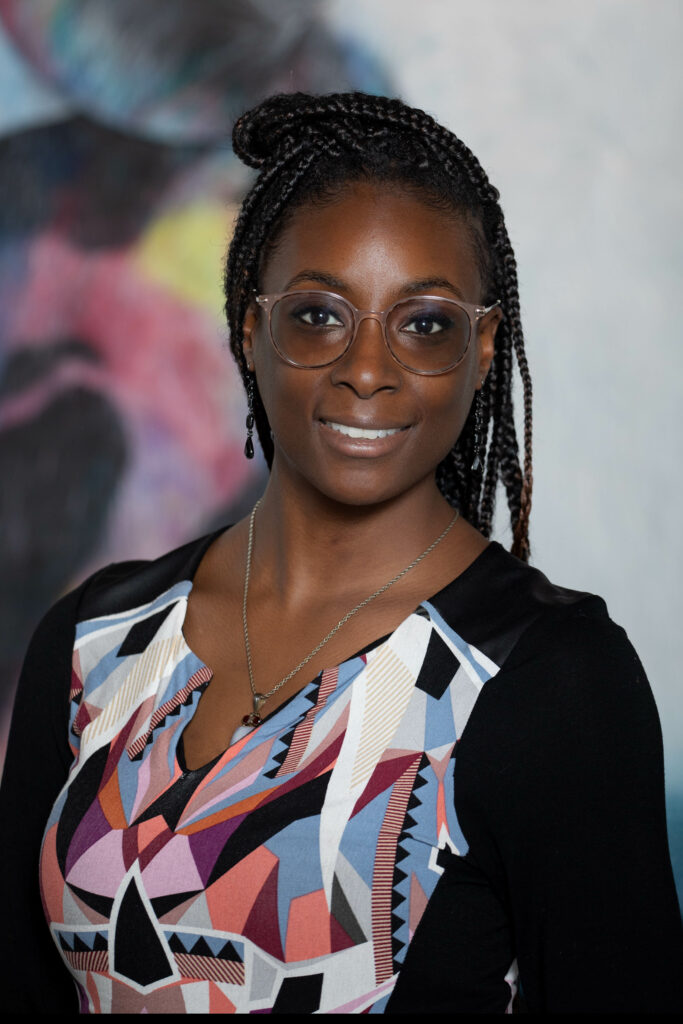 Amber Clark joined the Meridian Township government in 2020 “with a goal of building on the positive improvements the community already had in place.” To that end, she helped shepherd the redevelopment of a fading commercial district in Haslett that’s creating new community spaces in a traditional business area.

“In addition to tackling development projects, I wanted to bring Meridian Township something that would bring people together,” Clark said.

That led her to help launch the township’s first Juneteenth celebration in 2021, among other initiatives that put a spotlight on the township’s growing yet sometimes overlooked diversity.

“We knew we were on the right path when many attendees and volunteers were experiencing a celebration of Juneteenth for the first time. We are proud to be a community that values the diversity of our neighbors,” she said. “There are several ethnicities, cultures and people that call Meridian home. I felt a community that provides an inclusive space for all peoples is the place I want to raise my son in.” 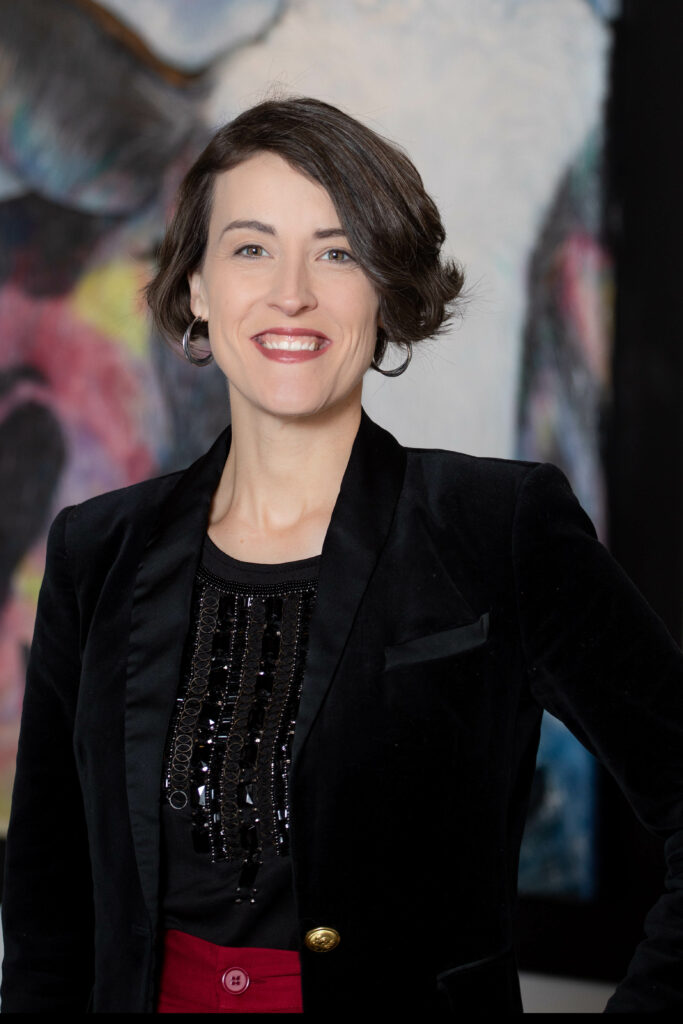 When Cathleen Edgerly — a self-described “lifelong Lanstronaut” — took over leadership of Downtown Lansing Inc. in 2019, she “had no idea what the landscape ahead would bring. I knew it would be hard work … but then COVID hit and, as we all know, devastated downtown Lansing and changed everything. However, in this time of change and challenges, the downtown business owners, property owners, residents and other partners are working to build back better to bring downtown not just back to what it was, but to build a better, more functional and more equitable neighborhood.”

To that end, DLI has:

“I’ve never really thought of what I do as ‘special.’ All I do is try to bring people together,” she said. 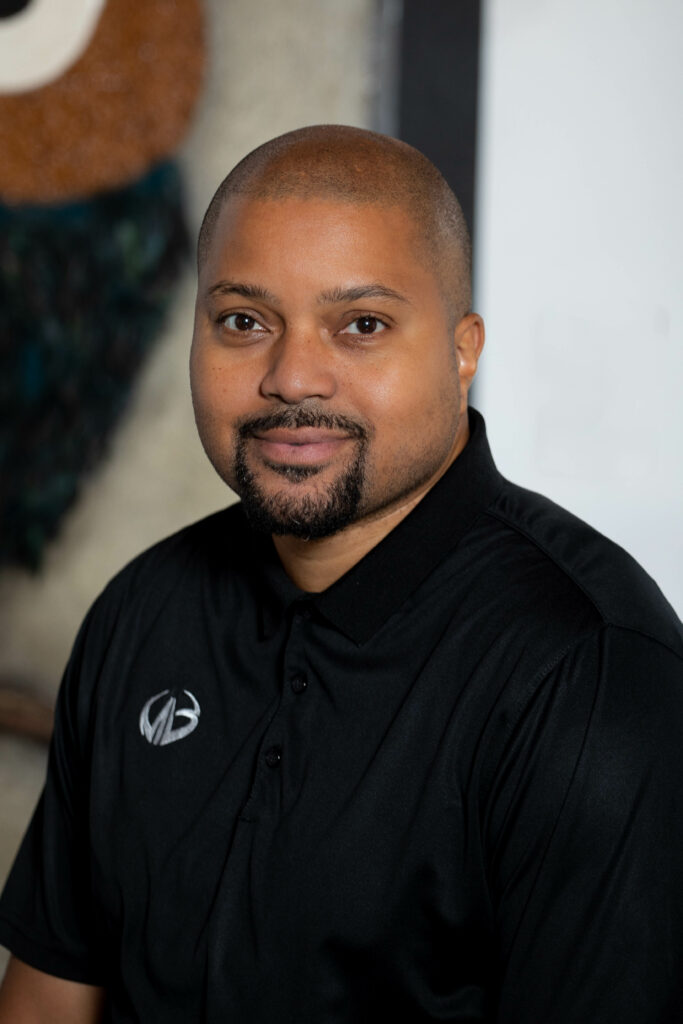 Owner and founder of Moneyball Sportswear

After a professional basketball journey that took him to 11 different countries over 11 years, there was no doubt in Desmond Ferguson’s mind that his next chapter would happen in his hometown of Lansing, where he started Moneyball Sportswear in 2002.

“Investing in where I come from and my community” was important, he said. “I figure when you have any type of success, you should give back to where you come from.”

His business has blossomed, growing into three retail locations. Along the way, he’s underwritten free basketball clinics for kids for nearly two decades, created the Moneyball Pro-Am basketball tournament and arranged donations of socks to the homeless every winter.

“I want to be able to show the next young man or woman, boy or girl, that they can do it and go further than I have,” he said. “Obviously, growing up in Lansing, Michigan, I’ve been able to see Magic Johnson go to almost unbelievable heights not only as an athlete, but more so as a businessman. It let a lot of people dream and think big outside of just the 517 area code.”

Ferguson’s path has been “a grind” at times.

“Lots of peaks and valleys,” he said. “But when you do something that you’re passionate about, it’s worth it.” 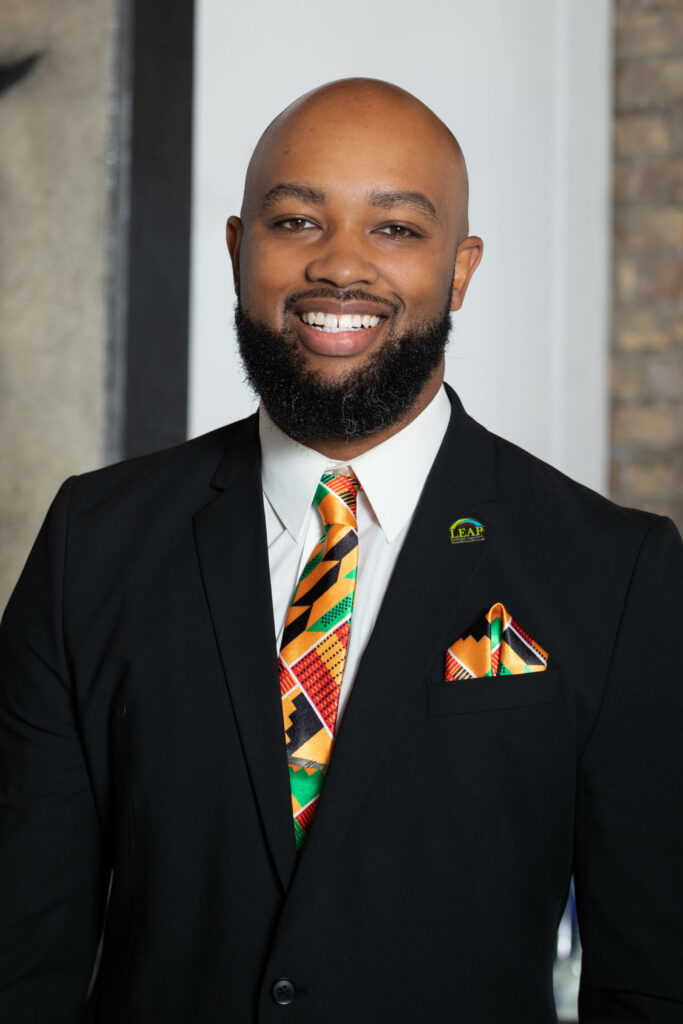 “I would like to see the Lansing region to become recognized as one of the premier communities when it comes to being welcoming, economic mobility and living (a) good quality of life,” said Tony Willis. “And more specifically, I want this to be true for Black, brown and other underrepresented groups of people who typically fall into marginalization.”

To that end, at the Lansing Economic Area Partnership he is helping to create programs, partnerships and policies including:

“My inspiration comes from two places,” he said. “First, I want my three sons to have all the opportunities they desire to live out their best life and grow into people that God needs them to be. Secondly, I understand how economic inequity and its continued rise is further creating a society of haves and have-nots, which only diminishes an output of the whole.” 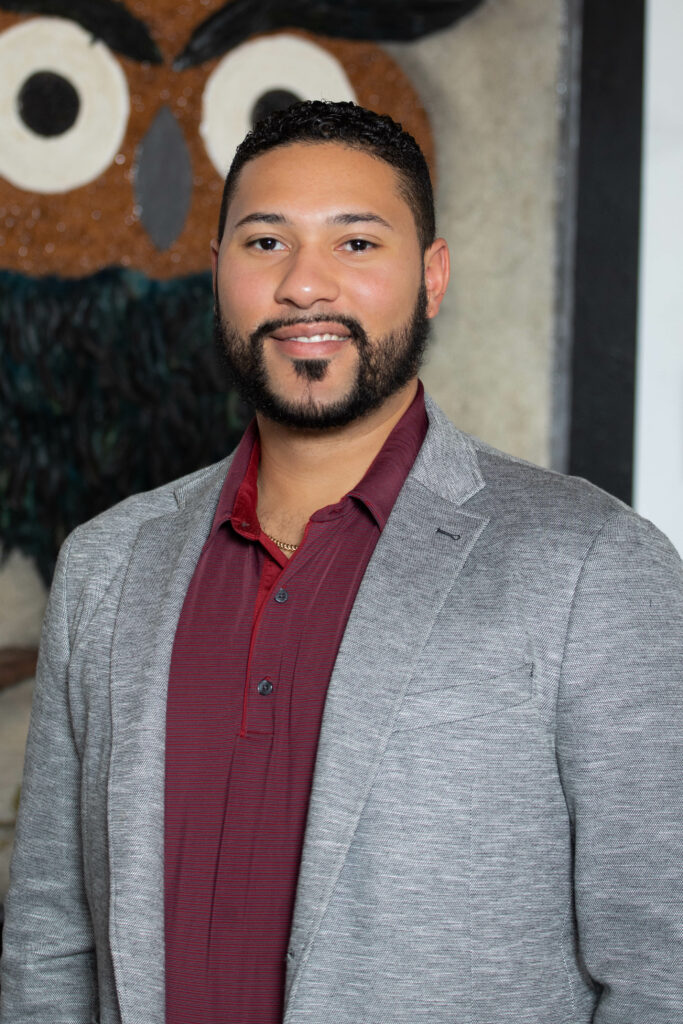 From the minute he opened the doors to his first location of GoodFellas Bagel Deli in downtown Lansing in 2019, Lansing native and 2013 Waverly High School graduate Adrian Joseph knew he wanted to do more than just offer great food.

“I wanted to offer myself to the community,” he said. “So we embraced opportunities to sponsor events, donate time and food, and show our love and appreciation whenever we could.

“There’s always someone or something that needs a helping hand or encouragement in our community. I’m here to help as long as I’m able to. And I hope others in the community feel the same or are inspired by our efforts to help,” he continued. “I’m doing this because I care. I know I am able to help. I know I am able to be a lasting productive member of this community. I take pride in this community. I grew up here. My parents grew up here, and my grandparents and great-grandparents. I owe this city.” 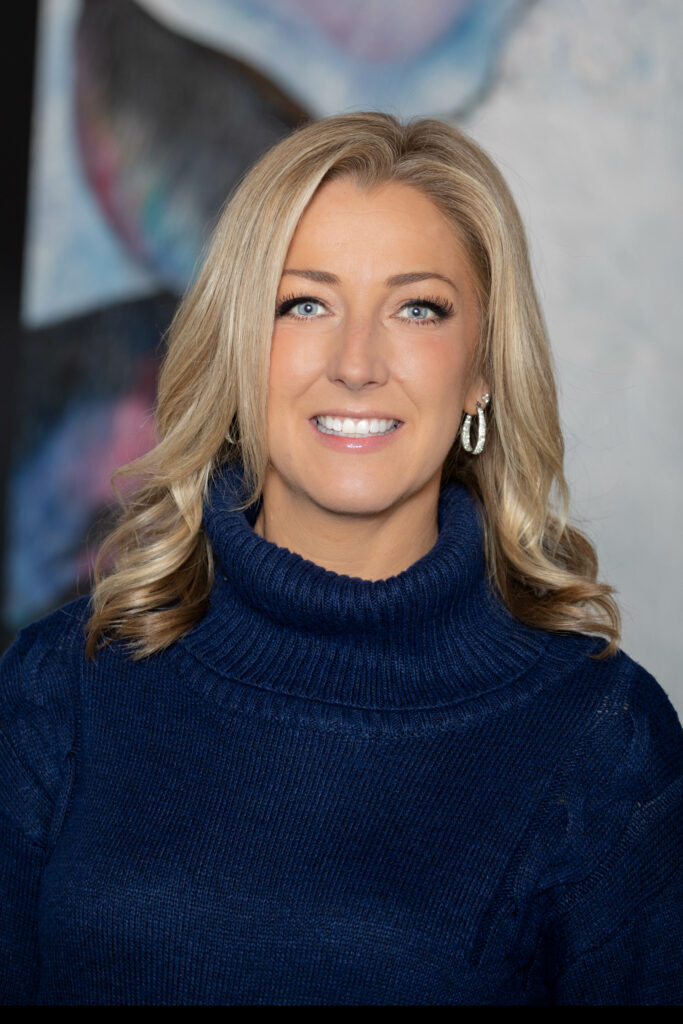 In the roughly 15 years since her days as a championship golfer for Michigan State University, Rachel Sampson has spent much of her time working and volunteering in the nonprofit sector.

“Those experiences and the heart for Lansing that has grown along the way led me to my home at Tri-Star Trust Bank,” she said.

While offering wealth management, trust administration and philanthropic solutions, its name “truly embodies the foundation of the company.”

“I have always been genuinely interested in understanding how our community works through the eyes of anyone willing to share: from the groundbreaking thought leaders and trailblazers of yesterday and today to tomorrow’s CEOs sitting in our classrooms. … Every job I’ve had and every place I go, I try to stay focused on building those human connections and engaging in meaningful interactions,” she said. “While it feels second nature to me, I’m told there may be an element of ‘special’ to that philosophy.” 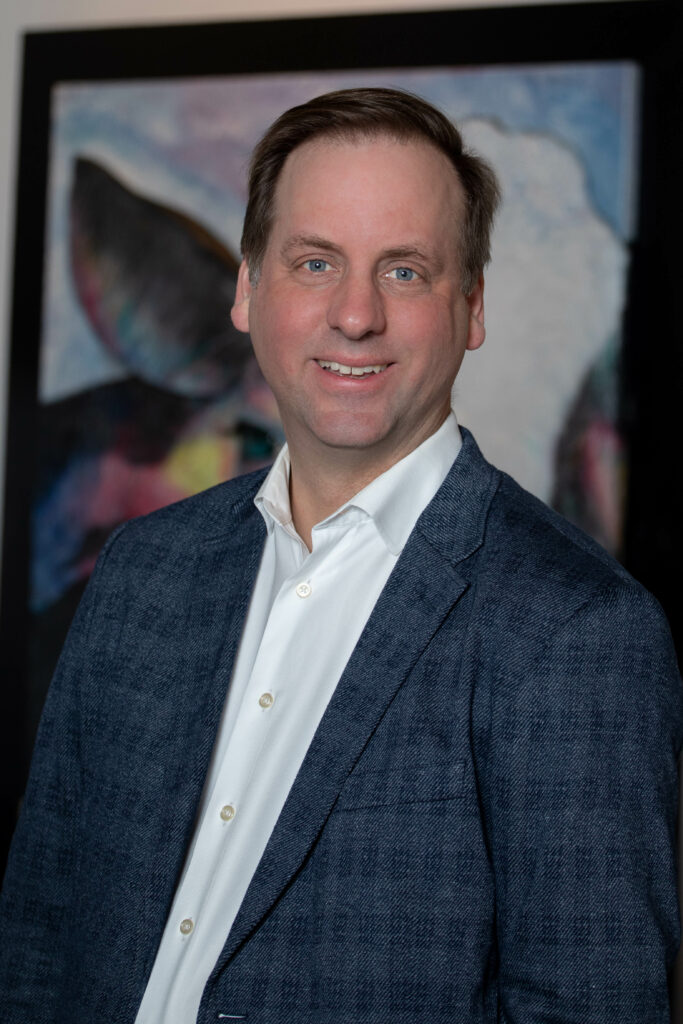 Rich Schaafsma is part of an exciting project with long-standing customer/partners Biggby Coffee; its co-founder and co-CEO Bob Fish; and Fish’s wife, Michelle Fish — “to source coffee direct from coffee farmers” in Nicaragua, Mexico and Zambia. That’s a bigger deal than a coffee industry novice may think.

“Our Farm Direct payments are based on producers’ needs. Our goal is to pay them fairly and equitably, with real knowledge and respect for their hard work,” he said. “Coffee is so much more than the beans or ground coffee in a bag you buy at the supermarket. Our mission is to ensure that the money we pay for coffee goes to the producers, and not to an opportunistic third party.

“This is in stark contrast to the traditional way of purchasing coffee … which considers neither the cost nor financial needs of the producers,” he added. “I believe this is the right way to buy coffee. Intentionally. With purpose.”

Biggby’s goal is to have Farm Direct purchases represent all of its coffee purchases by 2028.

“We should feel proud that we have a Lansing-based business changing the way coffee has been sourced,” Schaafsma said.