It’s hardly a secret that Michigan roads need a fix. But the urgency is more than patching potholes; it’s also about protecting the pathways between the state’s farms and a glob… It’s hardly a secret that Michigan roads need a fix. But the urgency is more than patching potholes; it’s also about protecting the pathways between the state’s farms and a global agribusiness market that brings more than $100 billion annually to the state.

“We talk a lot about fixing the damn roads in Michigan, and that’s a really important part of this. But there are many other issues at play,” said Chuck Lippstreu, president of the Michigan Agri-Business Association. “It’s just so critical for people in rural America, whether they’re going to school or trying to work in a global economy or just trying to have a solid quality of life.”

Agriculture is the second-largest sector of Michigan’s economy, according to Lippstreu.

“It is critical for our rural communities, but it’s also a driver of jobs and economic opportunities in our largest cities,” he said. “To be successful, agriculture relies on the ability to move products to get that commerce in a global marketplace. If we don’t invest in our roads and rail and bridges and broadband services, our agricultural economy is going to be under pressure and we’re going to see the economic impact of that.”

Needs range from upgrading roads, railways and bridges to improving water and wastewater systems as well as enabling rural broadband and high-speed internet, said Lippstreu. From an economic perspective, that’s critical not only to keep rural workers productive, but to keep them from moving away. 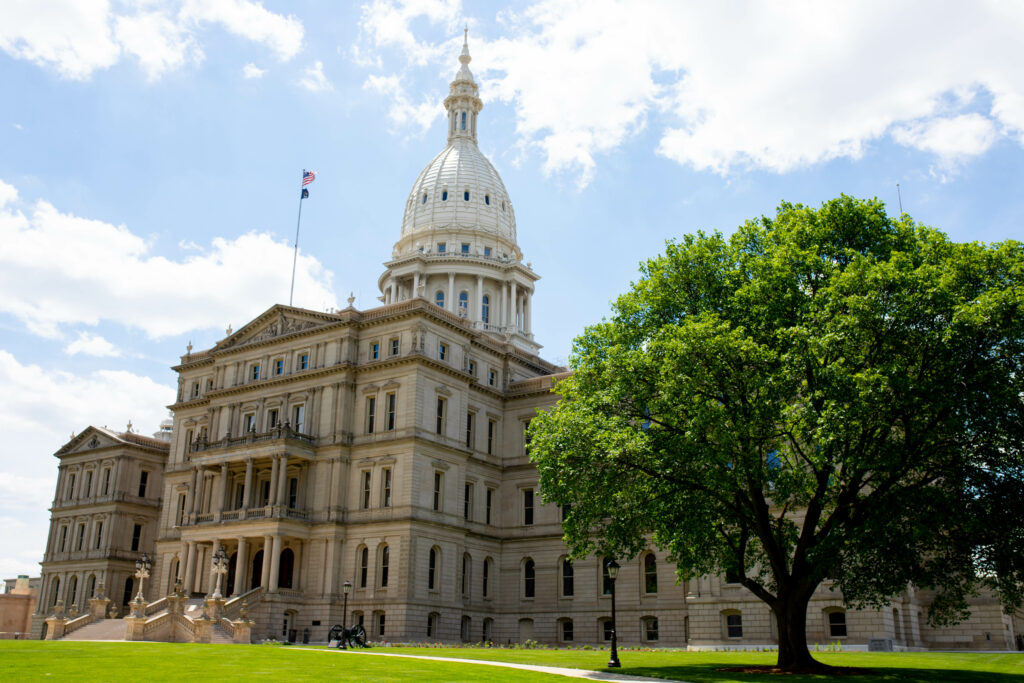 “To be able to call a small town home, you have to have some basic service that you can rely on, from functioning roads and highways to functioning broadband internet, especially now in today’s world. And we’re concerned that if we let the investment fall too far behind in our rural communities, we’re going to continue to see people leave those places,” Lippstreu said. “They’re special places; they’re great places to live. And we need people in small towns because we need a strong, reliable and solid workforce in agriculture. And for all of those reasons, we absolutely have to take the opportunity to invest in rural America and rural Michigan.”

The range of jobs fueled by farms goes far beyond the countryside, though.

“It’s not just farmers. It’s not just farm workers,” said Lippstreu. “It’s all the people out at that farm supply/ag retailer in your rural community. It’s people who are on the supply chain for fertilizer, crop inputs and seeds. Truck drivers. People working for short-line railroads who are hugely important for the success of our ag economy. And then an army of professional services provider: CPAs, attorneys and others who help agriculture be successful.

“We have a very clear message for policymakers: We’re in a rural infrastructure crisis. And we need historic investment to address that,” he added. “If we don’t, we run some pretty substantial risks — both from a quality-of-life perspective in rural Michigan, but also from an economic perspective in terms of hampering one of our state’s largest economic drivers.”

Fortunately, business and community leaders in Michigan have been prodding state lawmakers and congressional representatives to take action. Lawmakers in both Lansing and Washington, D.C. have been taking the issue seriously, said Lippstreu. Still, all parties need to make sure infrastructure-related legislation is fairly spread between urban and rural areas.

“Let’s be sure that rural America is not left behind in any sort of historic infrastructure investment,” said Lippstreu.

In a Jan. 28 letter to President Joe Biden, the Rebuild Rural Coalition — a national collaboration of agribusiness advocacy groups including the Michigan Agri-Business Association, Michigan Bean Shippers, Michigan Farm Bureau and Michigan Soybean Association — expressed its concerns over the state of rural infrastructure that the farm economy counts on to operate. It asked for help in the president’s Build Back Better infrastructure improvement initiative. The coalition requests that any infrastructure programs include: CATA works with the City of Lansing to bring a new bus route to citizens.
Kyle Dowling
News, Tatse is the abbreviation of tatase, an African chili pepper, which is an important ingredient in African food.
517 Staff
News,