“Mid-Michigan is really fortunate that we have so many women leaders.”

Capital Steel & Wire Inc. had been a personal proposition since Kelly Preston started it with her husband around a dining-room table with $6,000 in savings 20 years ago. But in the wake of his passing in 2015, she was left with a tough choice: sell what they had built together or take the helm herself.

“There was a lot of thought that went into it; but to be honest with you, it was instinct for me. It was in my gut. I just knew it was what I wanted to do,” said Preston, who is president and CEO of her DeWitt-based company. “And I think because I knew it was something that I wanted to do, there wasn’t a lot of question involved in it. I knew that we had something pretty special in our company.”

Preston’s leadership rise parallels that of countless other professional women in mid-Michigan who have overcome challenges and chauvinism to become champions in their respective career fields. And in turn, they’re unlocking the potential of both industry and individuals amid a Greater Lansing region that has evolved to embrace diverse leadership.

“Mid-Michigan is really fortunate that we have so many women leaders. … It’s a pretty easy place for women to lead,” said Rebecca Bahar-Cook, a longtime player in Greater Lansing politics who now is CEO of Capitol Fundraising Associates, which helps nonprofits generate donations. “It’s not just women promoting women; men have no problem mentoring and lifting up women, and I just found that to be very refreshing. And there are a lot of unique opportunities for women to network internally, which I think is really important.”

From backstage to spotlight

For Preston, her role shift following her husband’s passing was significant in what is a male-dominated industry.

But she leaned in and put herself out there, diving into networking and community involvement.

“I don’t feel like there’s any animosity because I’m a female. All I get is support. I’ve been welcomed into these groups,” Preston said. “Now, I’ve had to put myself out there. I’ve had to step forward and say, ‘I want to be part of this. I want to be in this group. I think I have something of value to bring.’

“It’s been a wonderful experience, and I think it’s very easy in our area to surround yourself with strong, powerful women,” she added. “There’s a lot of them in our area, and that’s been a great resource for me. I learned a lot from them. I’ve felt the support from them. It’s been awesome. But I’ve also felt that from men as well.” 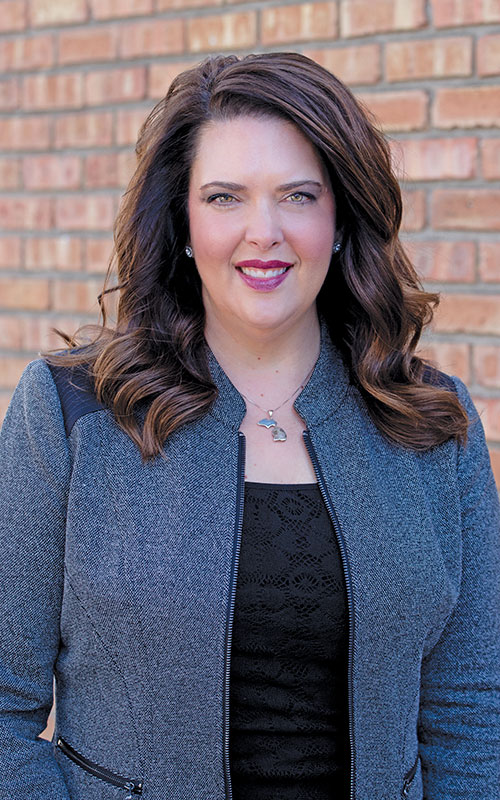 Tricia Foster grew up in Haslett, so it wasn’t a faraway trip for the Michigan State University alumna to the state Capitol, where she now serves as the state’s first chief operating officer under Gov. Gretchen Whitmer. But that path was winding with its share of sobering realities.

Foster persistently kept building her career while coaching and mentoring others to career success too.

“I saw a significant change in mindset as women proved they are capable of having friends, having a family and being an employee. We demonstrated through hard work that we are organized and can get the job done by remaining focused on achieving goals,” she said. “We are able to accomplish a lot in a very little period of time because we have to, just like when we’re doing so many of the tasks at home too.”

But she fears that progress is being slowed by the COVID-19 pandemic.

Foster urges employers to be flexible.

“Sometimes employees may need to be on work computers from 3 a.m. to 6 a.m. instead of from 9 a.m. to 12 p.m. like our male counterparts. That’s OK, because it’s still three hours of work,” Foster said. “Find a way to work with all of your employees instead of letting them some of them go away because they don’t fit the mold that existed a year ago.” 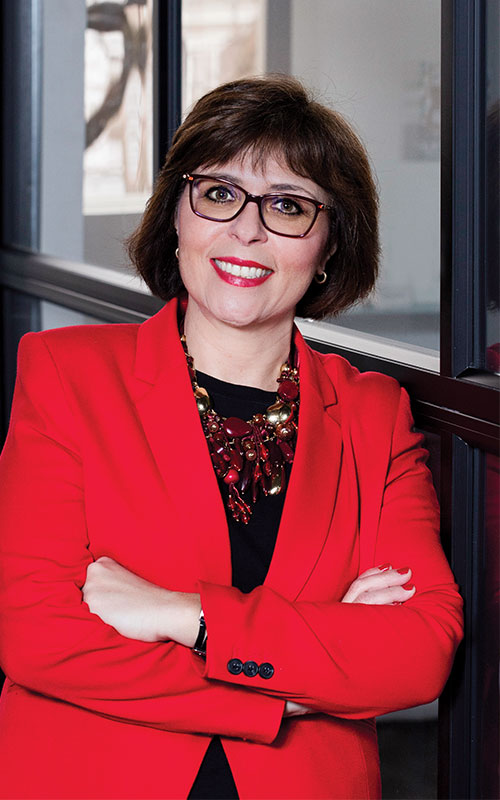 Preston, Foster and Bahar-Cook all share some common bits of advice: You have to get out of your comfort zone, engage others and show them your value. You don’t have to be the loudest at the table, but you must get yourself heard.

“Never be afraid to ask for anything. … Not everybody is going to say yes, but you’re going to get more yesses than you get noes, and if you don’t ask, they’re all noes,” said Bahar-Cook.

Not only should women be brave in doing so, but they also have no need to fear it around here.

“Lansing is a really fantastic community. It’s a great place to need help. … People in this community are always willing to help. I think that’s the No. 1 thing,” Bahar-Cook said. “There’s a community that’s here that’s willing to lend a helping hand to lift us all up. I’m successful because all these people around me want that, not just for Rebecca Bahar-Cook but for the community. It’s a really special place.”