The judges for the Greater Lansing Entrepreneurial Awards are a key component in making each year’s event a successful one.

The judges for the Greater Lansing Entrepreneurial Awards are a key component in making each year’s event a successful one. The judges panel spends countless hours reviewing nominee submissions and discussing how local entrepreneurs are positively impacting our region. The esteemed panel of judges is committed to finding those who play a pivotal role in the growth of Lansing. Here’s a look at the 2021 panel that had to make those weighty decisions.

Debbie Petersmark is the vice president and general manager of WILX Media, a Gray Media Group station that operates WILX-TV 10 (NBC) in Lansing, along with WILX.com and several cable channels. WILX News 10 recently launched a new branding campaign featuring community members and why they “Tune to 10” for breaking news, First Alert weather and original local reporting.

Petersmark joined WILX in 2000, becoming general sales manager in 2014 and vice president and general manager in 2018. Prior to that, she spent 10 years at the Sparrow Foundation. She serves as a board member for the Michigan Association of Broadcasters, the American Red Cross and the Sparrow Foundation. Petersmark grew up in an entrepreneurial family, working alongside relatives at Holden-Reid Clothiers in Lansing.

She often works with local business owners and appreciates the hard work, sacrifice and joy that come with being an entrepreneur. She feels privileged to be part of the Entrepreneurial Awards. A lifelong resident of East Lansing, Petersmark holds a bachelor’s degree from Indiana University. She and husband Mike have three grown children, Megan, Owen and Andy — the latter of whom was married in August, adding a daughter-in-law, Mariah, to the family. 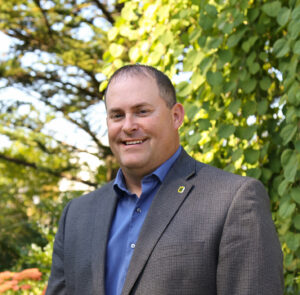 McNabb has more than 20 years of experience in the industry and is responsible for overseeing implementation of the company’s strategic direction, while continually promoting the firm’s core focus and values. He routinely assists clients with implementation of environmental due diligence and contaminant management strategies while keeping their best interests in mind.

He has provided numerous practical, creative and effective solutions for real estate acquisition, brownfield redevelopment and contaminant investigation/remediation projects throughout Michigan and the Midwestern region of the United States.

McNabb has a great appreciation for the Michigan’s capital region and routinely devotes time and resources to help make local communities better. He also currently serves on the Lansing Economic Area Partnership Executive Committee, chairs the Eaton Rapids Downtown Development Authority and Mainstreet Program, and is one of the directors for the Eaton Rapids Youth Soccer organization. McNabb is a resident of Eaton Rapids, where he resides with his wife, Erica, and their two children, Torin and Marissa. 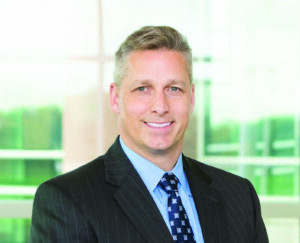 As chief lending officer, Jackson guides the consumer and business lending divisions of the credit union, providing financial solutions for members to meet their lending and cash management needs.

Beyond his leadership at MSUFCU, Jackson is actively involved in the community. He was recently named to the board of directors for the Federal Home Loan Bank of Indianapolis, an independent regional cooperative bank. In addition, he serves as a board member for the Michigan Credit Union Foundation, Child and Family Charities and Sparrow Foundation, as well as a member of the CUNA Lending Council. 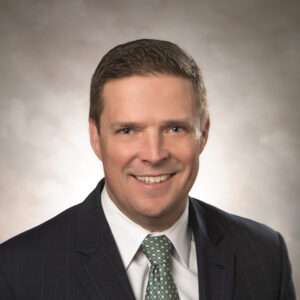 Scott Norman is the vice president of business development and Medicare operations for Physicians Health Plan. PHP, a division of Sparrow Health System, is an award-winning health plan that provides insurance for thousands of employers and members across mid-Michigan.

In his role, Norman is responsible for network development, strategic planning, sales, marketing, and product and market development for PHP. He played a key role leading the expansion of PHP into the Medicare market with the introduction of Sparrow Advantage to mid-Michigan in 2020. Sparrow Advantage is the area’s fastest-growing new Medicare Advantage product.

Norman has more than 20 years of experience in health care insurance, both as a health plan executive and as an agent working with employers to help them develop low-cost, effective employee benefit strategies. His most recent experience includes leading the operations and sales for a 4.5-star Medicare Advantage plan with over $1.2 billion in annual revenue that serves more than 140,000 members across Michigan. In addition, Norman led the commercial sales team and agent distribution strategy for a health plan with more than 7,000 employer clients and 400,000 enrolled members.

Norman is a Michigan State University graduate and has been a resident of East Lansing since 1997. 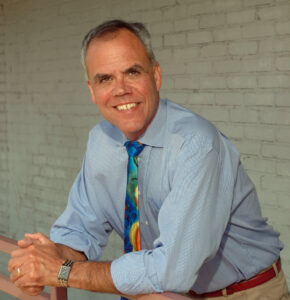 Mark S. McDaniel is president and CEO of Cinnaire, leading more than 100 financial experts, innovative thinkers, policy analysts and other professionals at the company. Nationally recognized for his visionary leadership, McDaniel has more than 30 years of experience in affordable housing, community development, urban planning and market research.

In 1993, McDaniel launched the Michigan Capital Fund for Housing, a tax credit fund to support affordable housing in Michigan. Now known as Cinnaire, the organization has invested more than $4.9 billion in community and economic development across a nine-state footprint. McDaniel has strategically diversified Cinnaire to provide access to permanent debt financing, construction lending, technical assistance, predevelopment lending, real estate development, youth leadership training and title services. Under his leadership, Cinnaire has been recognized nationally as one of the top 50 nonprofits to work for, a Crain’s Detroit Business Cool Place to Work and a Detroit Free Press Top Workplace.

McDaniel has served on more than 25 local, state and national nonprofit and housing boards. He is the honorary chairperson and master of ceremonies for the Greater Lansing area MLK Commission Holiday Luncheon, the nation’s largest Martin Luther King Jr. Day celebration. 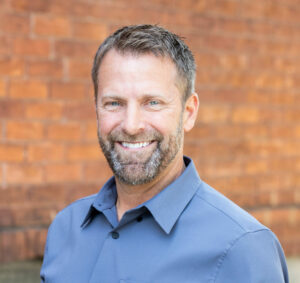 Craig Phillipich is the president and co-owner of The Meridian Company in East Lansing. Having been with the company for more than 30 years, Phillipich’s mission is to keep The Meridian Company positioned as one of the top home service providers in Greater Lansing specializing in plumbing, heating, electrical and remodeling.

Working in the trades was an early passion for Phillipich, one that still drives him today as he maneuvers the company through its current generational ownership transition. Challenges and opportunities in business are constant targets; and when faced with the complexity of growing market share in uncertain times, Phillipich and The Meridian Company turned to growth by acquisition by successfully purchasing two local competitors inside of 12 months while navigating through the challenges of the pandemic.

Phillipich is a plumber by trade who admits the most rewarding parts of ownership are surrounding himself with highly qualified team members and receiving the community recognition that comes with hard work and giving back.

Outside of work, Phillipich enjoys running, golfing, boating and travel He lives in Haslett with his wife, Pamela. Together they share three daughters, Madison, Haley and Cameron, as well as granddaughter Harlow. 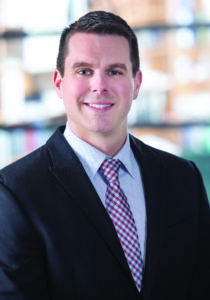 Charles Hauser is community relations manager for Granger Waste Services. He is responsible for working with individuals, organizations, communities, policymakers and community leaders on behalf of the company.

Hauser oversees corporate sponsorships and in-kind giving as well as government affairs throughout the communities Granger serves. He also educates the public, schools and community groups on the waste and recycling industry. Aside from corporate giving, Hauser personally gives back to the community by participating on several boards and committees. He particularly enjoys his work with Ele’s Place, where he serves as vice chair of the community board.

Hauser’s past comes with an entrepreneurial spirit. A graduate of Central Michigan University, he earned his bachelor’s degree in entrepreneurship. As a former business owner and president of Hauser Innovations, he invented, manufactured and distributed magnetic paddle-locking systems for kayaks. He most recently was the vice president of the Associated Builders and Contractors Greater Michigan Chapter, where he worked closely with many businesses and business owners in the commercial construction industry.

He resides in Grand Ledge with his wife and two young children. 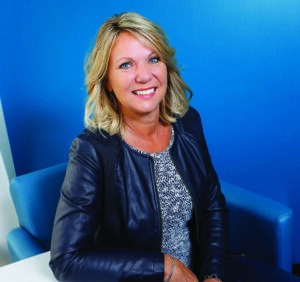 Pam Lambropoulos started her career in the insurance industry 31 years ago and is now the owner of the Great Lakes State Agency. Her independent insurance agency offers business, personal and life insurance coverage through numerous reputable companies.

Prior to owning the Great Lakes State Agency, Lambropoulos represented and worked for Allstate Insurance Co. as an agency owner, business consultant and was in agency management for several years. In those roles, she earned numerous awards in both management and sales and was ranked among the top 2% of producing agents in Michigan for her achievements.

Lambropoulos is originally from the Port Huron area and now lives in Lansing. She has always been involved in the community by volunteering and supporting local charities and business organizations.

Her husband, Pete, and her only son, Dan Currie, play key roles in her business as well. Lambropoulos enjoys working with her family, as they share a passion for providing financial peace of mind for their clients. As an entrepreneur herself, she understands the long hours and sacrifice that it takes to be successful, and she is honored to be involved in awarding local entrepreneurs for providing services to our Lansing community. 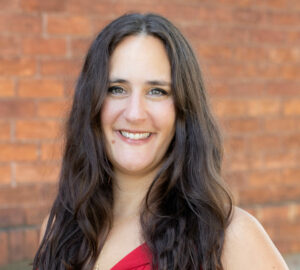 Laurie DeBruin is founder and owner of Chrysalis Reflexology Hypnosis and Enrichment Center. In addition to being a small-business owner, she is a dancer, musician, singer, teacher, educator, author, lecturer, reflexologist, hypnotist, mentor, self-love advocate, wife and mother.

DeBruin strives to illuminate the path for everyone’s personal healing journey. A 1998 graduate of the University of Michigan, she received her bachelor’s degree in English education with a strong emphasis on psychology and linguistics. DeBruin had the opportunity to work on a 21st Century Education grant written by the Michigan State University College of Education and was able to direct and lead Laingsburg Middle School along with a consortium of 20 schools for underprivileged teens.

Her drive to learn more about the mind, body and healing lead her into the field of reflexology and hypnotherapy. She formed her practice around the premise that healing comes in many forms and is just as unique as we are. At Chrysalis, DeBruin concentrates her talents and experience into one location where her teaching background meets her passion for providing a healing environment. 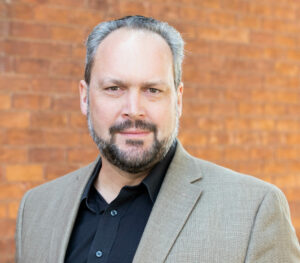 Bryan Benton is an assistant manager of the Michigan Chapter of the National Electrical Contractors Association. NECA is a trade association that represents the electrical contracting industry and provides support to 200 signatory contractors in Michigan. Benton, who previously served as NECA Lansing Division chair, has extensive experience with labor relations, contract negotiations and resolving grievances. In his current role, Benton also provides general advice and resources to the signatory electrical contractors who operate in the jurisdiction.

Beyond his experience with NECA, Benton knows firsthand what it takes to own and operate a small business. He founded and ran his own Lansing-based electrical contracting company, Alternative Electric, from 2006 to 2013. As the owner of an electrical contracting company, Benton wore many hats: estimator, purchasing agent, material logistics, foreman, electrician, bookkeeping, payroll and union benefits contribution administrator.

Benton is a licensed master electrician in the state of Michigan and holds a number of other degrees and certifications in the electrical construction field. A native to the Greater Lansing region, Benton now resides in East Lansing with his wife and their two children.