The people behind the Lansing Shuffle Food Hall & Social Club aren’t trying to replace the shuttered Lansing City Market. Rather, they’re trying to evolve the site from being a place to shop into a platform to socialize, hang out and simply enjoy life.

“The community misses that original food market (that preceded the redeveloped market building Lansing Shuffle will occupy). There’s a huge disconnect. People still remember the old one, and they weighed the new one against that,” said Jonathan Hartzell, Lansing Shuffle’s managing partner, adding that his new development will offer “a completely different experience.”

Lansing Shuffle, which is expected to open to the public this fall in the old market site on Riverfront Drive along the Lansing River Trail at the Grand River, is a multifaceted food hall and entertainment center modeled after the Detroit Shipping Co. complex, whose developers are behind the project here.

“What we create is something that’s approachable from lunchtime to happy hour to late night. It’s approachable for families to couples to empty-nesters. There’s something to experience for everyone: The whole twist-and-turn of different food likes and tastes, different cocktails,” Hartzell said. “I think it’s unfair to compare us to the last iteration (of the market) just because there’s so much more investment in the area, and our experience is set up for entertainment as opposed to shopping.

“We’re hoping people look at this as a showcase of Lansing, and that it’s something to be proud of, so when they have friends come visit them, they’re going to say, ‘You’ve got to check out the shuffleboard club,’” he added.

“We’re super community driven, super diverse and trying to be inclusive. And it kind of fit what I think the city was looking for: Come, showcase our community here and let everyone feel welcome,” Hartzell said. “Perfect. That’s what we love doing.”

More than just being a place to go, city leaders are hoping Lansing Shuffle will be a hub for connecting people to and from the riverfront, the rest of downtown Lansing and the Lansing River Trail, fueling activity and commerce along the way.

“We don’t really utilize our riverfront downtown,” said Lansing Mayor Andy Schor. “We go to cities all over the country and people love the riverfront. They love sitting and having a drink or some food on a porch by a riverfront. … We wanted to make the riverfront an exciting place where people wanted to come as a destination.”

Schor doesn’t see Lansing Shuffle as a final puzzle piece of downtown redevelopment. Far from it. Rather, he considers it a part of an ongoing shift. 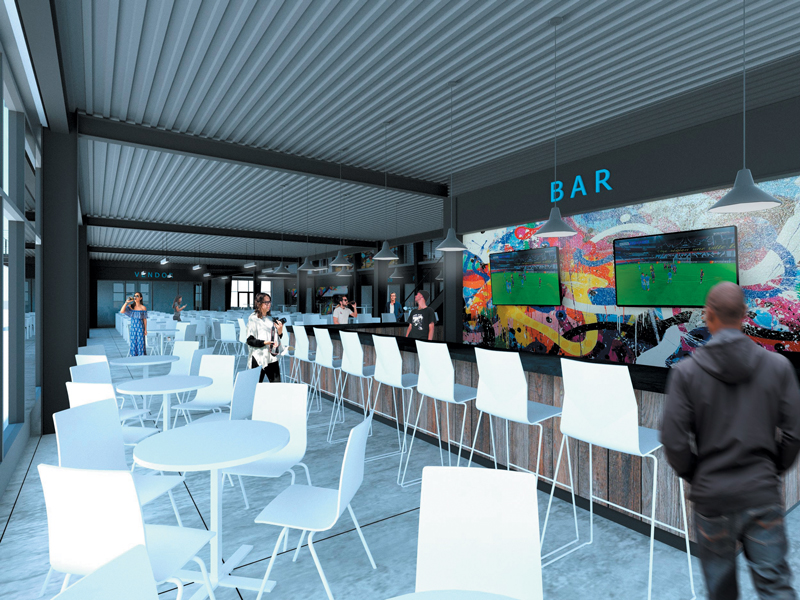 “Downtown is changing with the post-pandemic future of work, and we’re seeing some changes in our downtown,” Schor said. “We want to make sure that we keep our small businesses in business, but we are really seeing a lot of people want to live downtown.

“Regardless of people working at home or working at work, people want to live in a downtown setting where they can walk to things. When you have more people living there, you have more of an activation of the whole area,” Schor said. “Lansing is becoming a destination place downtown. We also want to see it thrive during the day — and with additional housing options, it really could be a whole new downtown in five years.”

“If we can convert office space into housing, then two, three, four years down the line we’re going to have a lot more people living downtown, and that will absolutely open more businesses; we’ll have businesses open later and open on the weekends,” he said. “It’s similar to what you saw in Grand Rapids.”

In the meantime, Hartzell is continuing his search for additions to Lansing Shuffle’s culinary lineup, creating opportunities for mid-Michigan entrepreneurs. 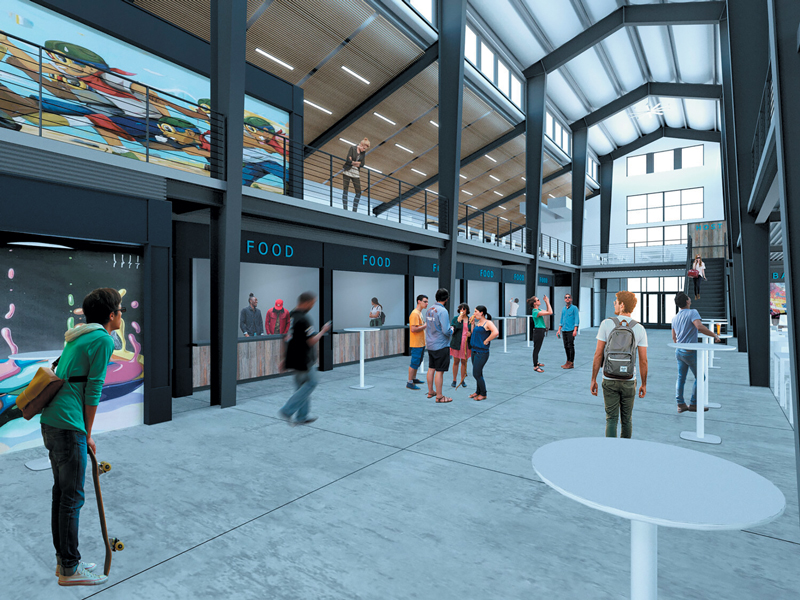 “We could still use a few Lansing locals. We’re always looking for ethnic-interesting. … That gives a point of interest to share the flavors of your community,” Hartzell said. “We’re good with looking for some startups for the last couple of (restaurant) spots and hoping we can find some diamonds in the rough that can bring an interesting concept.”

Ultimately, the success of Lansing Shuffle will depend on its ability to become a no-brainer landmark at which to meet and bring people.

“Hopefully, it gives a good central point of, ‘This is Lansing,’” said Hartzell. “That’s our hope.”