For World Autism Awareness Month, we checked back in to find Dominic will deliver his 200th order this week. Dominic Blatnik started his business baking products under the Michigan Cottage Food Law during the pandemic. 517 Magazine was excited to be the recipient of his 100th order.

For World Autism Awareness Month, we checked back in to find Dominic will deliver his 200th order this week.

This is an accomplishment to be recognized, as Dominic has autism, attention-deficit hyperactivity disorder, anxiety disorder, epilepsy and limited language. His mother, Cathy Blatnik, said Dominic continues to gain more and more confidence in himself. 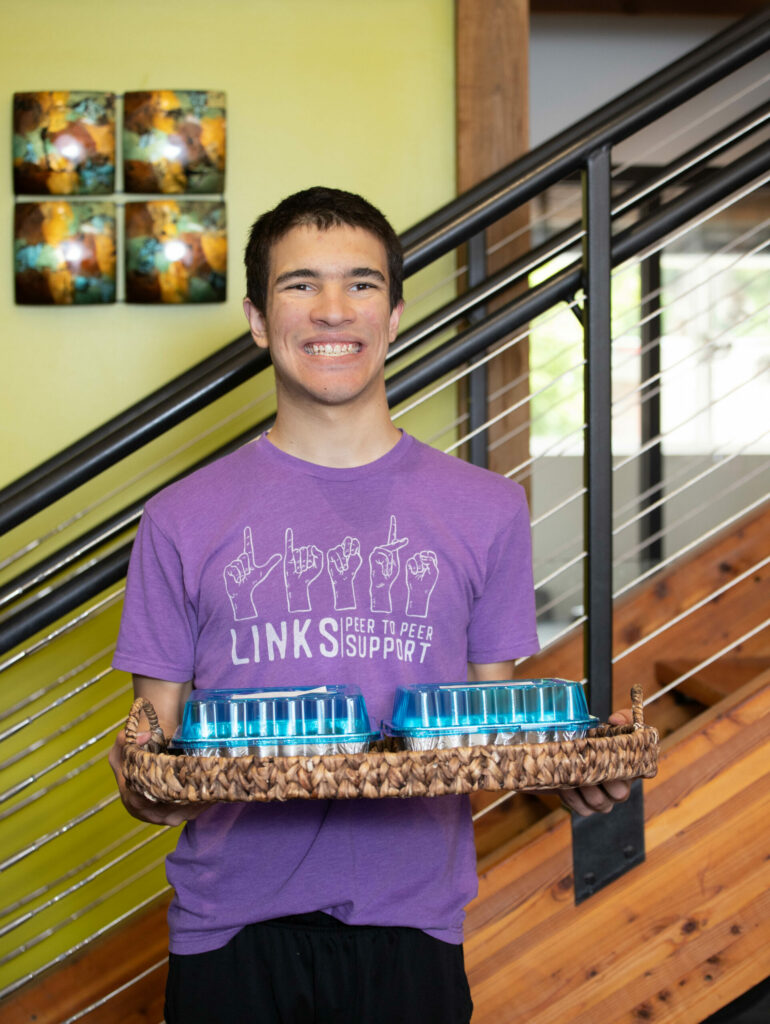 “I have watched that confidence spill over to other areas of his life like being able to pick out his own clothes for school, making his own lunch the night before and remembering the next morning to put it in his backpack,” said Blatnik.

She also says countless parents, family members, teachers and others have commented that they know someone with Autism and that’s why they want to support Dominic. “They tell me that Dominic inspires them,” Blatnik said. “I don’t know that what we are doing is necessarily inspiring, but rather shows that even if you have a disability, it doesn’t define who you are as a person. We have seen the power of kindness so many times.”

Blatnik also said that many who order not only order for themselves but have Dominic’s Baked Goods sent to others.

“A few months ago, a customer reached out and wanted to support Baked Goods by Dominic, but lives in Kansas,” Blatnik said. “Since the Michigan Cottage Food Law prohibits us from shipping our products, she instead sent a $75.00 check and asked that Dominic make baked goods for front-line workers. It can be whatever product(s) Dominic chooses and she wants to remain anonymous.”

Back to order 200 that we mentioned earlier –  that will go to the Meridian Township Fire Department thanks to the customer in Kansas.

To order from Dominic, search for his Facebook page at Baked Goods By Dominic or send an email to BakedGoodsByDominic@mail.com.