His 100th order was delivered today to M3 Group, publisher of 517 Magazine.

There are plenty of young entrepreneurs in the world, but Dominic Blatnik of Okemos stands out. Dominic has autism, attention-deficit hyperactivity disorder, anxiety disorder, epilepsy and limited language. He started his business baking products under the Michigan Cottage Food Law during the pandemic. His 100th order was delivered today to M3 Group, publisher of 517 Magazine.

Baking is not new to Dominic, who started showing an interest in the skill as a toddler. His mother, Cathy Blatnik, has been a longtime baker and blogger — and before her, his great-great-grandfather owned a bakery in Butler, Missouri.

Cathy is always nearby when Dominic is baking, but she has watched him flourish with his business, Baked Goods By Dominic. 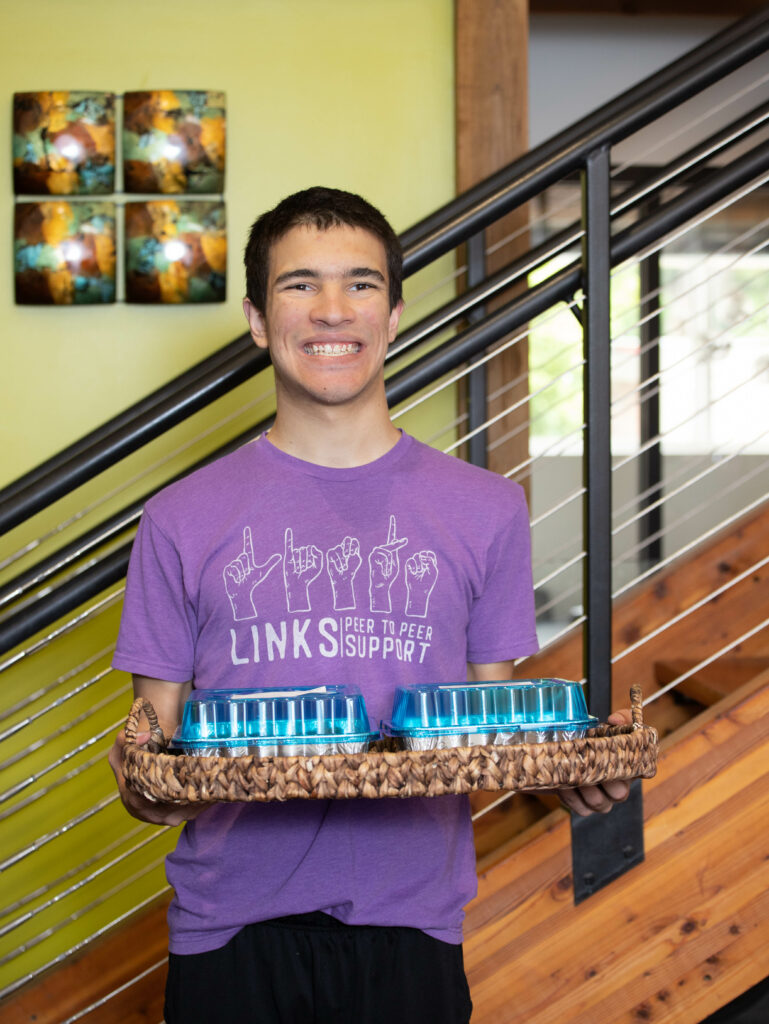 “I think I am the most proud of how much more self-confident he has gotten through the process of owning his own business,” Cathy said. “He has learned all parts of the baking process — getting the ingredients, following a recipe — of how to make a baked good from beginning to end and deliver to the customer.”

His mother is also extremely proud of the life skills he is learning from the venture.

“He has learned to put together a receipt, and he signs each one,” Cathy said. “He puts in an envelope with some of his business cards, counts money, fills out a deposit slip and has learned how to interact with the teller at the bank. He is also the ‘navigator‘ when we go on deliveries. He uses Google Maps and will tell me how many more miles until we reach our customer.

“From time to time, I make a video for his Facebook page; and even though he reads from a script, I have watched the transformation of him being nervous to being very confident,” she added. “I know that each delivery we make is one step closer to him becoming more independent. That is every parent’s goal, especially with a child that has more challenges.” 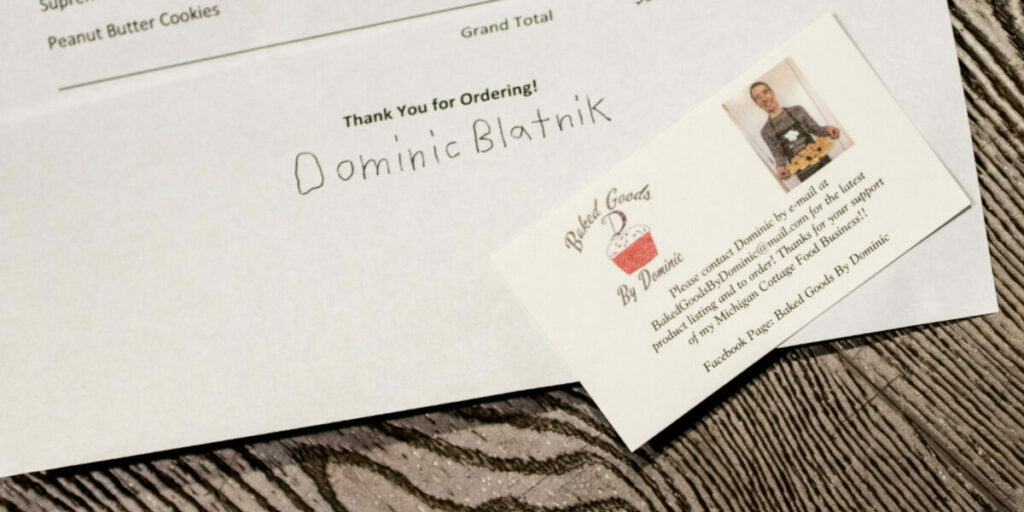 The mother-and-son team operate out of the kitchen at home, but Cathy and Dominic have goals to spread their wings. A storefront could be on the horizon someday, and Cathy’s mission is to only hire individuals with special needs.

Dominic has delivered baked goods all over the region, including the Pediatric Surgery Clinic at Sparrow Hospital, the Meridian Township Fire Department, the Capital Area Humane Society, the Diocese of Lansing and Blue Owl Coffee Co., to name a few. Some of those not in need of baked goods have chosen to simply support the Dominic’s endeavor by placing orders for businesses that serve the community.

Dominic also had a big year in music therapy, speech therapy and drawing lessons, making strides in his battle with anxiety and epilepsy as well as reaching many other milestones.

In a year where many have struggled, Dominic has thrived. There is a lesson there for us all.

To order from Dominic, search for his Facebook page at Baked Goods By Dominic or send an email to BakedGoodsByDominic@mail.com. Kehler Uses her Job, DEIB to Uplift the Region

Whether she’s on or off the clock for the city of Lansing, Judy Kehler’s goal is to help the region and its residents…
Christopher Nagy
Features, Lifestyle What Role Should HR Play in DEI? VFW National Home for Children has a Mission of Helping

Creating community for those who have served and sacrificed has been the mission of a Greater Lansing organization fo…
Kyle Dowling
Jack Davis Legacy Nonprofit spotlight, Lifestyle You need a great space to conduct an interview, have a lunch meeting with a client or simply for networking. We asked…
517 Staff
Best Of, Lifestyle