Michigan State University Federal Credit Union has entered into name, image and likeness agreements with eligible players on the Michigan… A special kickoff event was held with MSU women’s players for credit union members and high school girls’ basketball teams from the region Nov. 1 at MSUFCU Headquarters 1 in East Lansing.

“Our goal through the partnership is to empower women to grow and succeed,” said April Clobes, president and CEO of MSUFCU. “It was gratifying to see our local area young people connect with the athletes, and we look forward to providing more opportunities for member engagement with the team throughout the year.” 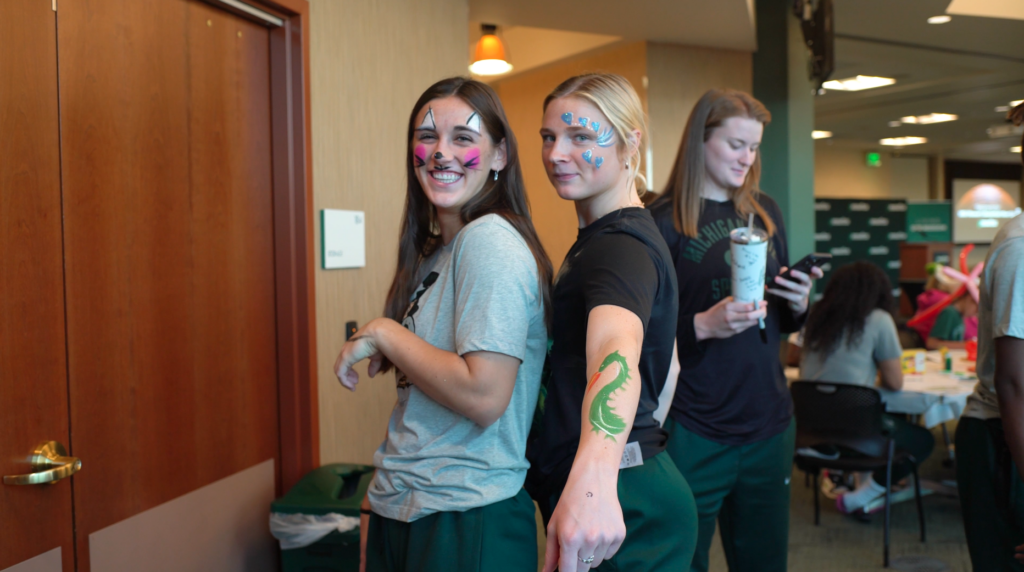 MSUFCU has been a sponsor of MSU athletics for more than 13 years, and MSUFCU became the presenting partner of MSU women’s basketball in 2019 as part of its multiyear athletics sponsorship agreement.

“We know our members appreciate the contributions these outstanding leaders bring to campus and community, said Susi Elkins, MSUFCU’s chief community impact officer. “We’re proud to shine a light on their accomplishments through this special partnership.”

Before entering into a mutually beneficial, financial industry exclusive relationship with the players, MSUFCU discussed specific details with student-athletes on how the partnership would work. The student-athletes are excited to participate and took time to align requirements of the NIL contracts with their existing commitments.

“I want to thank MSUFCU for the contract and that we appreciate the support going into this season,” said Moira Joiner, senior on the MSU women’s basketball team. “We love what MSUFCU stands for as a credit union in our community and their willingness to endorse and support women’s sports. It means a lot.” 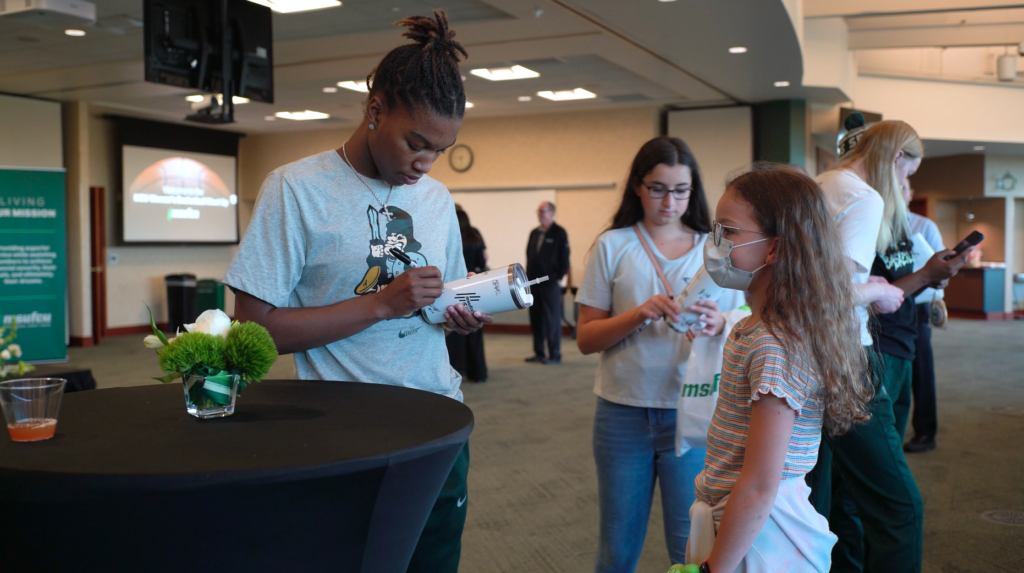 Kamarie McDaniel autographs a cup for a fan.

MSUFCU views the partnership as an opportunity to assist women athletes and to recognize the value they bring to the university and the community. As part of their contracts, the student-athletes will support ongoing efforts of the credit union throughout the year.

“It was great to see everyone come out to support us at the event,” said Jayla James, senior on the team. “I want to thank MSUFCU for their support that furthers our independence as players.”