All of the Above Hip Hop Academy 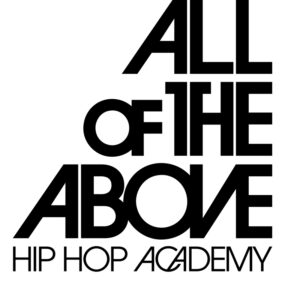 After a career as a hip-hop artist, working with independent labels from San Diego to Japan, Ozay Moore and his wife settled down in Lansing to begin a family.

Moore began All of the Above Hip Hop Academy after working with Detroit Public Schools, pairing Common Core curriculum with elements of hip-hop culture, primarily beat-making and rhyme-writing. While he was working in Detroit, he realized there was no such program in the city he was living in, Lansing.

In 2010, he changed that, mentoring others in a loose organization. In 2017 it became an official nonprofit organization.

“In the beginning, I thought about a blueprint of what a curriculum could look like. We started as an after-school program and a summer camp. … And then we were brought in by the southside YMCA to do some more classes,” said Moore. “Our classes focused on mentoring youth through hip-hop culture, teaching the five elements of hip-hop culture: graffiti art; DJing; breaking; and MCing, which is the rap component; along with a knowledge component of the history.” 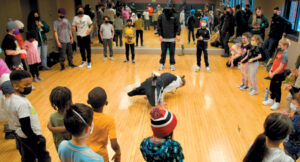 All of the Above Hip Hop Academy wants to use those core tenets of hip-hop culture to build community and pass along the rich history to the next generation. It finds local artists to act as mentors and guides for the students, sharing experiences and knowledge to a new generation.

All of the Above does many events to showcase students’ talents, including taking over the Afterglow Market for the afternoon, along with other events in downtown Lansing. Every Saturday, the Blue Owl in REO Town holds Beats and Brewers, where DJs play lo-fi hip-hop so folks can hang out and study. The DJs are kids who have graduated and continued DJing.

“I want to build a self-sustained talent pool here in the Capital City of artists who want to take their craft seriously,” said Moore. “But also leverage their gifts and talents to be able to give back to the community in a way.”

Those who would like to get involved don’t have to be hip-hop aficionados. There are plenty of ways to contribute. Visit alloftheabovehiphop.org for details.