More than just a little light, Jones has become a guiding beacon in Greater Lansing as a news anchor at WLNS-TV 6 — a trusted and familia… There is a common thread that links the two starkly different worlds of Sheri Jones, stretching from her quiet, rural roots in the small Muskegon County village of Ravenna to being a respected and acclaimed member of the Michigan Association of Broadcasters Hall of Fame.

That thread is hope and compassion and understanding — and although it may at times become taut and strained, it remains an unbroken personal promise Jones has made to be a servant for the greater good of the community.

“I’m all about unity. I’m all about bringing people together, and I feel like we’ve lost a little bit of that over the last few years. So, I always try to bridge the gap between people,” Jones said. “I’ve always tried to remain that young woman from that small town in west Michigan … but I always try to understand the pulse of this community that I’ve raised my children in, that I am infused in, that I’m helping to lift. I try to use the anchor desk — this medium in which I’ve been blessed and this privilege to be in people’s homes to tell their stories — to take the pulse of the community to find out why are they hurting. What are they celebrating? How can I shine a light and make people’s lives better? If they’re hurting, how do I give them the resources they need? I hope I’m a little light for those people.”

More than just a little light, Jones has become a guiding beacon in Greater Lansing as a news anchor at WLNS-TV 6 — a trusted and familiar face that station viewers have come to rely upon for more than three decades.

Graduating from Michigan State University with a degree in communication arts and sciences, Jones was hired part time at WLNS in 1988. Her first day on the job, she unexpectedly found herself in front of the camera covering breaking news of a crane collapse at the construction site of the Jack Breslin Student Events Center in East Lansing. Full-time work at the station soon followed, with Jones securing the coveted crime beat and a chair at the anchor desk in 1989.

“It was my experience as a crime reporter going out in the streets of Lansing and seeing hurting children that I knew that’s where my focus had to be,” Jones said. “I saw children who were the victim of circumstance by no power of their own. I saw children on the floor asleep in their clothes. I saw them with no food. I saw them on drugs. At 24 years old, I knew what I was supposed to do. Someday, somehow, I was going to help those children. Because, until that time, I didn’t even know that world existed.” 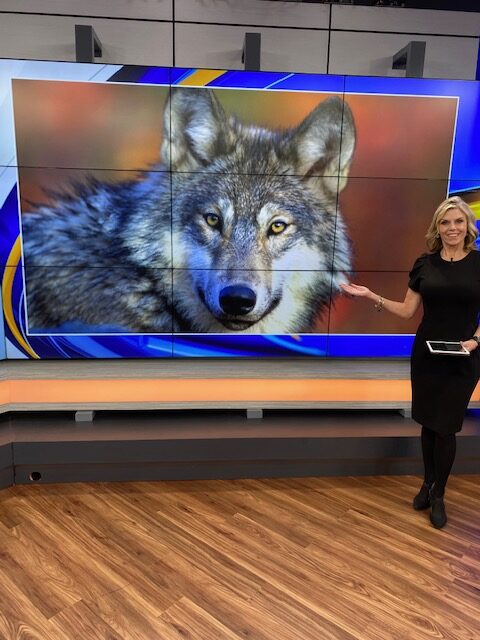 Reaching out to help others was an act ingrained in Jones as a child. The community service award in her hometown of Ravenna is named after her grandfather. Her parents were active in Scouting, the Lions Club and the League of Women Voters. Being involved in community was not just a family value, it was an integral part of daily life.

That same commitment extended to Jones’ new home in Greater Lansing, working with organizations such as the United Way, Gateway Community Services and the Juvenile Diabetes Research Foundation. Yet her personal passion came from assisting Child and Family Charities, and the fundraising for the organization’s Angel House residential program for pregnant and parenting teen girls allowed her the opportunity extend the family legacy of giving back.

“At that time, my kids were little. They helped me build the bunk beds, they vacuumed the floors, they used their birthday money to get these Dream Machines for every room for these children that came out of really tough situations,” Jones said. “So, yes, it is a family legacy. Because, really, that’s what we’re supposed to do. Our highest calling is to help other people. It’s to help our brothers and sisters and to help make life better.”

Being a nightly fixture for the region has afforded Jones a sense of credence among local residents — something she doesn’t take lightly.

“I’ve stayed here for so long because of the community, because of my ability to impact the community and make a difference in a lot of lives,” she said. “It’s a phenomenal place to raise three children, so it’s really been the perfect combination of having a fantastic career as well as an incredible community to raise my children in.

“You have to earn that trust and earn that credibility, and I trust anybody in this anchor chair here. I trust them all. And it’s a heavy lift,” Jones added. “But the voice I have because of this job lets me tell people’s stories that can make a difference in their lives. It’s not about me. Never has been. It’s more about what I can do for the people who watch, the people who are hurting. It’s about how can I help them through this platform.”

And even though she’s been helping those people for more than 30 years — providing calm, providing comfort, providing direction — there’s still a bit of wonder and magic behind it all that never gets old and never fades.

“Sometimes at night when I am done and everyone’s gone home and only the dim lights are on, I’ll just walk out here into the studio and just go, ‘Wow, I’ve had my whole life here.’ And you know what? I wouldn’t change it, and that is a big statement. A lot of people jump from this market to that market and that market, and they make a lot of money doing that. That has never been it for me. Why? Because this career is not about me. It’s about my community.”