What began in Holland, Michigan, as a business idea of Michael Fabiano has grown through the decades to become a local favorite that draw… Just like Willy Wonka passed the keys to the chocolate factory off to a worthy heir in Charlie Bucket, the secrets of the Fabiano family’s sweet successes have been handed down through the generations.

What began in Holland, Michigan, as a business idea of Michael Fabiano has grown through the decades to become a local favorite that draws visitors far and wide to visit Lansing for a taste of the sugary sensations that sprung from the budding 14-year-old entrepreneur.

It was 1924 when Fabiano convinced his father to purchase a candy operation and move it into the family’s ice-cream parlor. Eleven years later, Fabiano married Jane Coscarelli and brought the successful candy business to the 517, where he taught Coscarelli how to make the candy with care and quality. They passed the art of candy-making on to their children, grandchildren and great-grandchildren. 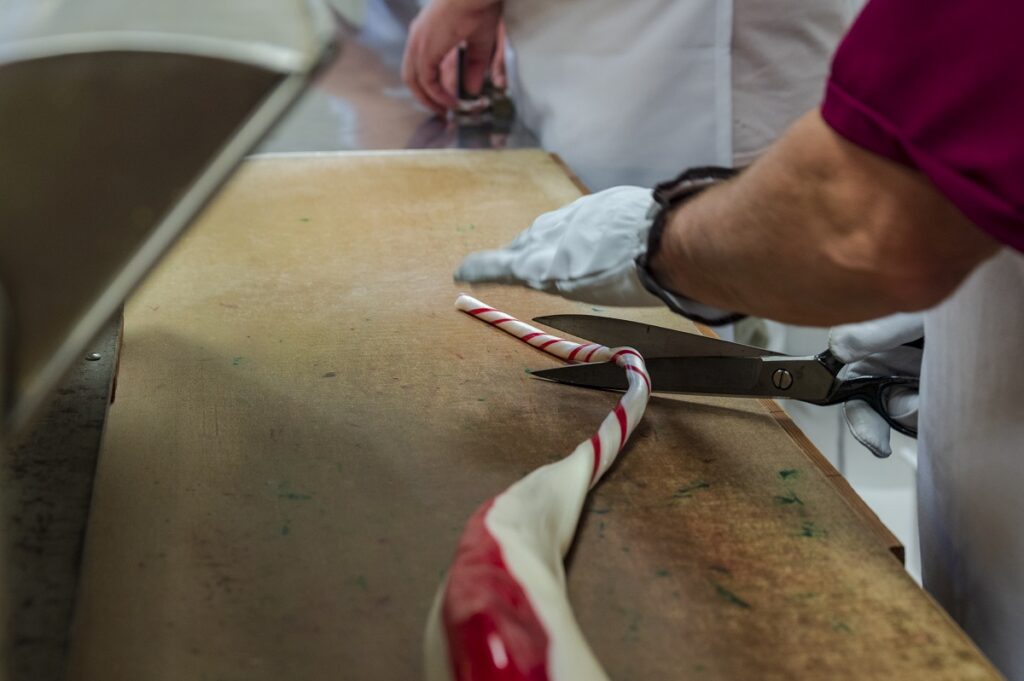 In the years and generations since then, Fabiano’s Candies, 1427 E. Michigan Ave. in Lansing, has become a pillar of a business that offers tasty treats for candy lovers in Greater Lansing. Whether to fulfill their cravings or fulfill their gift lists, Fabiano’s Candies offers a cornucopia of homemade candy offerings, with many made on-site.

Watching the confectioners work looks less like a task and more like a dance. There is a rhythm to the preparation, placement and packaging during production. Although there weren’t any notes playing while I was in the kitchen watching them expertly maneuver their way around the candy-cooling conveyer, I could feel a sense of music. It was a joy to watch. They had a strong sense of concentration while working, but there was also a palpable sense of pride in what they were doing.

Inside the store, the decision-making process for visitors may seem overwhelming. Yet the people helping guests navigate their way through the cabinets stocked full of tasty treats are patient tour guides helping to fill your bags or boxes with just what is needed to satisfy any candy craving. The first week of November, the Candy Cane Elves return to Fabiano’s to begin the alchemy of candy cane production. The elves know the secret as to why something that starts off as amber in color turns into a stark-white confection that we know as the candy cane.

Fabiano’s Candies started as a bright idea in a young man’s heart, and through the decades it has brought joy to many. It’s no surprise that two of the main ingredients in everything they create are care and craftsmanship.