Michigan Theatre Brings Past into the Present

History is made and preserved at popular Jackson attraction. Built in 1928 during the curtain call of the vaudeville era and when the age of the talkies” was still in its infancy, the grand marvel in Jackson known as the Michigan Theatre has transcended time to entertain.

When you arrive, you are met with a marquee sign with the appeal of Hollywood style from days gone by. As described on the website for the theater, “The building’s exotic Spanish style is plush with lavish interior plasterwork, ornate polychrome terra cotta facade, carved walnut furniture, plush wool carpeting, heavy damask draperies, stained-glass fixtures and oil paintings.”

The Michigan Theatre was the first air-conditioned building built in Jackson. The building boasts a heating, ventilation and air-conditioning system infrastructure that uses forward-thinking technology of the day coupled with today’s efficient systems. The building taps into the aquifer that draws from what is basically part of the beginning of the Grand River. 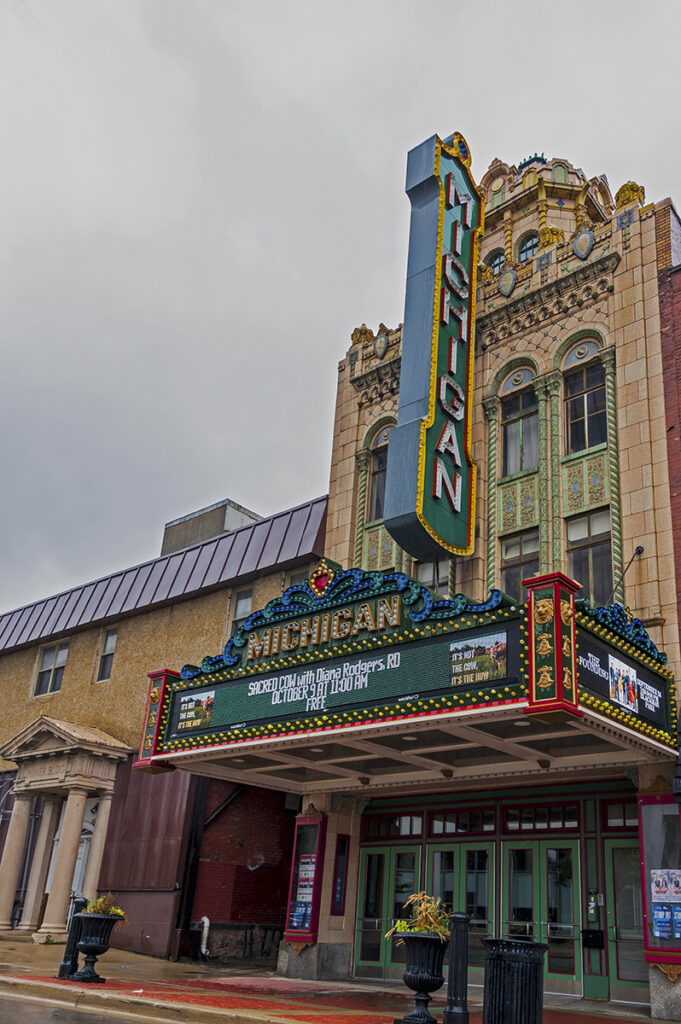 Steven Tucker, the social media lead and volunteer coordinator for the theater, had a succinct and simple description of the historic masterpiece that has brought entertainment to life in the region for more than 90 years: “It’s intriguing and fun.”

Anthony Riske was a longtime volunteer at the theater who has since become the operational manager. On a recent visit, he was poring over the massive soundboard table. As he guided a guest around the facility, it was obvious that his passion for what happens in the space is as important as the history of the venue. There is a staff that ensures the business of the theater is running smoothly; however, Riske is the person who makes sure the building is breathing properly in all of the ways it should.

The future of the theater is overseen by the nonprofit entity Michigan Theatre of Jackson Inc., which acquired the building from the city in 1993.

You can even celebrate your birthday there with 1,225 of your friends.