Photography has become a bit of an obsession. From an outsider’s perspective, it can be difficult at times to fully see the motivation pumping the artistic heart.

“Sometimes if I was drinking coffee in the morning and saw him, I would run outside in my pajamas. My neighbors probably think I’m crazy,” said Denise McGinn. “I’m out there in my pajamas running through the yard or sneaking stealthily behind the pine tree trying to get as close as I can without him seeing me.”

The “him” in question is an elusive blue heron patrolling the banks of the Red Cedar River, whose waters cut through the backyard of McGinn’s Okemos home. The grandmother of four first spotted the heron when she moved into the residence about two years ago, as the graceful beast took flight over the riverbed.

Getting a picture of the bird had been a pursuit of McGinn’s since she took up nature photography to fill her time during the pandemic; however, she became so skilled at the new hobby that she compiled 175 of her best works into a book for her grandchildren at Christmas called “Grandma Denise’s Yard.” 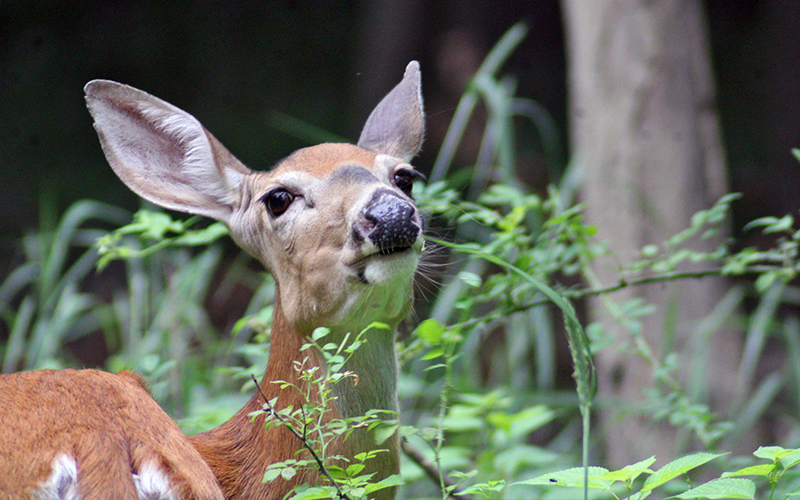 “We live on the Red Cedar River, and we get a ton of animals and birds that come by. I thought it would be fun to get some good photos of them,” McGinn said. “When COVID hit, I had all this free time on my hands. Normally we would rent a house in Grand Haven and spend a week there with our kids and grandkids. I’d saved up all year for my part of that trip, and I had this extra money when we had to cancel because of COVID.”

After purchasing a Canon Rebel EOS T7, getting some tips and tricks from friends and acquaintances, and buying a new lens for the camera, McGinn honed her skills on her latest artistic avenue primarily in the backyard of her home.

“Then people started asking me what I was going to do with all these pictures; I think I have about 3,000 now,” McGinn said. “My oldest grandson, who is 14 and follows me on Instagram, started commenting on my pictures quite a bit and how much he likes them. I started wondering if he would like a book of them. Then I decided, ‘OK, all the grandkids are going to get the book.’ I started keeping track of what varieties I was getting. I joined Facebook group called Birding Michigan because I was having trouble IDing some of them even though I have a birding app on my phone.”

She said photography has become a bit of an obsession for her now. As a quilter, she always had a creative side, and this new hobby tapped into that vein perfectly. Now she’s focused on fine-tuning her skills even further by paying closer attention to background, colors and framing.

“I think I’m also one of those lifelong learners who are always trying to learn something new,” she said. “This was something I knew nothing about and thought I could probably get good at. The learning process has been good for me as well. I think for me it was a good distraction. Obviously, we haven’t been able to see family. We haven’t been able to spend time with kids and grandkids. All our trips have been canceled. All the things you used to do are gone. So I had all this extra time on my hands.” 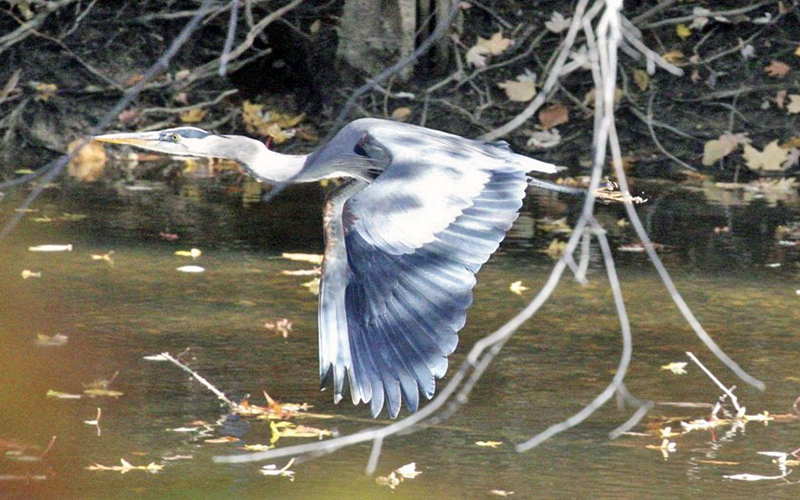 Her next evolutionary step has brought her indoors, where McGinn has been trying her hand at still photos and playing with backdrops and lighting. Yet nature will likely always pull her back outside.

“There are certain things out there that I haven’t been able to photograph. I need a skunk. I need an owl picture. And I believe we have coyotes in the woods next to us,” McGinn said. “There are some bucket-list items that I’d like to get. That’s part of the fun. I never really know what I’m going to see. It’s always a surprise.”

And what about that cagey blue heron that helped launch this adventure? You probably already guessed the answer.

“When I got the camera, it became one my goals: to get that blue heron shot of him flying down the riverbed. Is it ever going to happen again or was it a once-in-a-lifetime thing?” McGinn said. “The heron is really skittish, and I spent months trying to get that shot. I finally did get two great pictures. Some of the Lansing Region’s Longest-Lasting Landmarks

Here are only a few of the Lansing Region’s Landmarks
Melik Brown
Places, Lifestyle